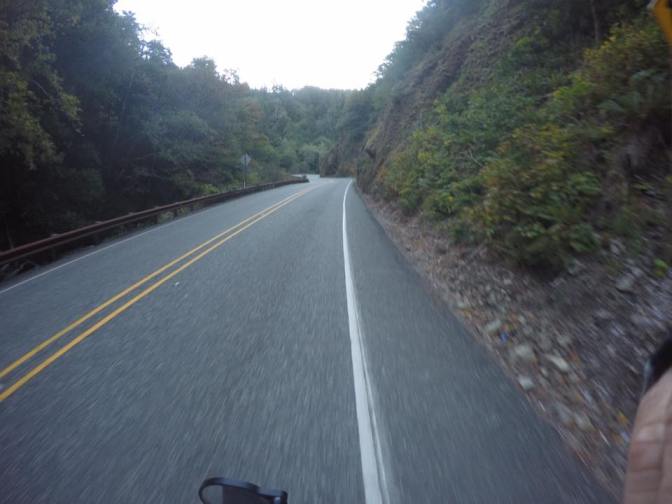 I grew up in Southern California. The Bike The US For MS team riding the Pacific Coast route will spend their last night on the road in Carlsbad, the town where I went to high school.

Tonight we’re in Crescent City, in the far northwestern corner of the state. The last time I was in Crescent City was November of 1971. I was hitchhiking back to school in northern Oregon. I had decided to spend the Thanksgiving holiday by hitching down to the coast, camping on the beach, and fasting for four days as a kind of reverse celebration of Thanksgiving.

When I got to Lincoln City, a young couple stopped to pick me up. It was cold and rainy, and the backseat of their car was warm and dry.

“Where are you headed?” the young girl asked.

“South somewhere,” I told her.

And so I did too.

I don’t think the guy was overjoyed to have me all that way, but he generously dropped me off at Lone Mountain College in SF, where a friend of mine was a student. She hadn’t gone home for the holiday, so let me stay for two days, until it was time to head north again.

Outside of Crescent City, at nine o-clock at night in the rain, two men from Kelso, Washington, gave me a ride and deposited me one block from my dorm at Linfield College.

Eight years later, again in November, the young woman who opened her door to me at Lone Mountain College said yes to me again—at our wedding. We’ve been married for almost 37 years.

Tomorrow she’ll drive to Crescent City while I go on my last ride with the BTUSFMS team. We go as far as Redwood National Park, where Elizabeth will pick me up Thursday morning.

It’s been an amazing journey—both these 12 days on the bike, and these 64 years of wandering, exploring, and discovering the art of being human. Lucky for me I’ve had wonderful travel companions, every step and pedal stroke of the way.