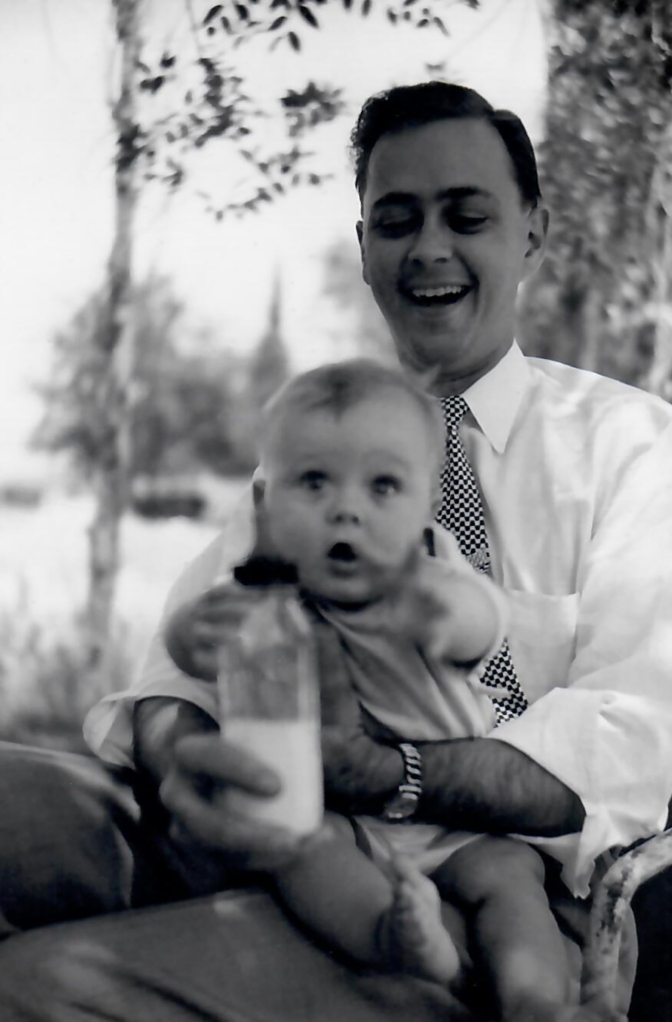 My father taught me to throw, catch, and hit a baseball, how to shoot a basketball, ride a bike, make a slingshot, and hold a door open for a girl. He was my model, my mentor, my teacher. There were times when I thought our relationship was complicated.

When I was little, he seemed so big. And unlike my mother, who was effusive and enthusiastic, my dad was quiet and, so, more difficult to read. When he would cut my hair in the kitchen and my attention to sitting still would wander, he would place his hand on top of my head and steer my focus forward. His hands were strong. I didn’t argue.

When I was an awkward and shy sixteen, he encouraged me, repeatedly, to ask girls out on dates. He was a firm believer in young people dating frequently and casually, but not going steady with one person. He gave me free use of the family car. But his encouragement felt like pressure to me, and the more he suggested, the more I resisted.

All through high school, when I was competing on the football, basketball, and baseball teams, he not only attended every game, he came to every practice as well. As an elementary school teacher, his day finished early enough for him to be able to do so, and he became a fixture in the stands. In the ungracious insecurity of my adolescence, his seemingly constant presence made me self-conscious. But many of my teammates, whose fathers either had jobs with different hours or weren’t around or that interested, were envious.

We had a tense couple of years when I went away to college, grew my hair long, and applied for conscientious objector status during the Vietnam War. Dad didn’t question the sincerity of my faith that led me to make the latter decision—it was a faith that he and Mom had inspired and encouraged in me—but he had a different take on duty.

He had served in the US Army Air Forces during World War II, flying B-25 bombers in the Pacific Theatre. He was shot down twice and earned a Purple Heart before coming home safely at the end of the war. I wasn’t diplomatic or tolerant in defending my views or challenging the government’s positions. That attitude was offensive to him.

During that time, Mom was the peacemaker, serving as liaison between the two generations of men in her family, until we came to realize that our relationship was more important to us than advocating for our position. We eventually got there, coming to a tacit agreement not to go head-on into some subject areas. This lowered the temperature of our interactions dramatically and gave us space to find safer ground on which to tread. We stayed there for a few years—basically until I matured enough to listen before and while speaking. Dad had gotten there before me.

After they retired, my folks moved to the Pacific Northwest, 70 miles south of where my wife and I live. We would see them once every month or two, and at holidays and birthdays. We settled into the rhythm of affectionate familiarity that comes after decades of shared moments and common history.

When my mother died in 2016, that rhythm changed. We started visiting Dad every weekend to help him adjust to life in an assisted-living home and without his partner of 72 years. We’d take him to lunch, play cards, discuss the news, bemoan the local sports teams, and laugh.

Four months ago, my sister (who lives near Dad) and I put him on hospice care. At the beginning of July, the hospice nurse called my sister and said Dad was showing signs that he was entering his final transition stage. “It will probably be a matter of days.”

My wife and I started driving down to see him mid week after work, and spent the whole weekend with him. For another three weeks, Dad was fully lucid and conversant, but not eating much other than a daily Oreo Blizzard from Dairy Queen. At 95, he was ready for this to be over and eager to reunite with Mom.

One night I was sitting up with him as he slept. I remembered having spent several hours with my mother the night before she died. As I sat with her, I had a visceral experience of the cells in my body vibrating with the recognition that they had come from her cells. Our lifelong connection and familial love was more than just decades of bonding. It was the imprint of our shared tissues.

With Dad, it was similar, but different. Sitting in the dark by his bed, the words that first came to mind were “far memory.” In our shared DNA, he had passed on to me the cultural memory, the ethics, and values of generations that had come before us. In his actions, and in his cells, he had shown me how to be a man.

I was with him the morning he died. I had gotten up early and had checked to see that he had made it through the night. He was breathing, but not responsive.

I laid my left hand on the back of his, and my right on the top of his head. I didn’t try to retrain his focus—that was already clearly somewhere forward and deeply inward. I just held him. We sat this way for 45 minutes while his breath gently slowed and then stopped.

My relationship with my father, as it turns out, was quite simple. We loved each other. 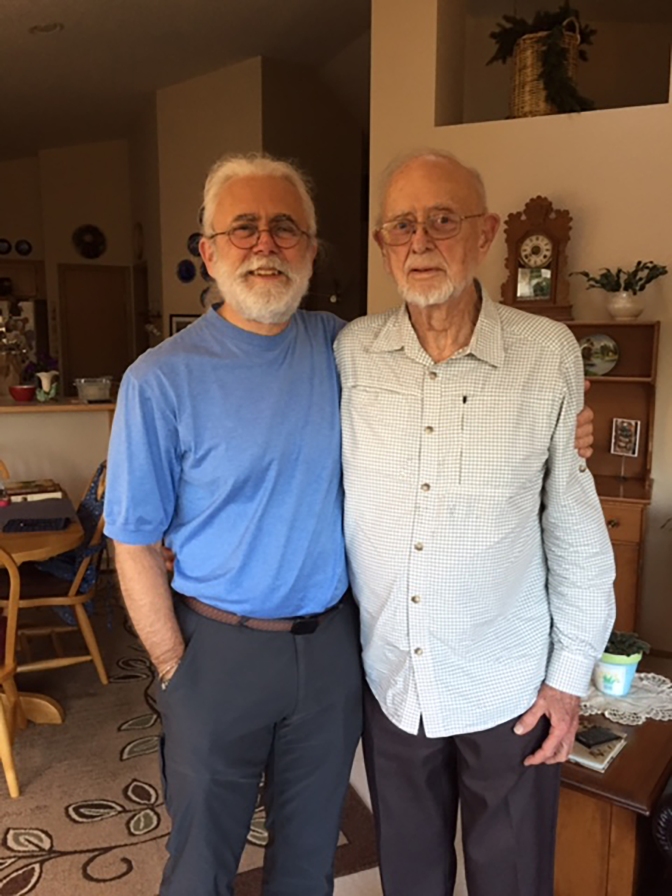